Understanding high blood pressure and how to reduce it 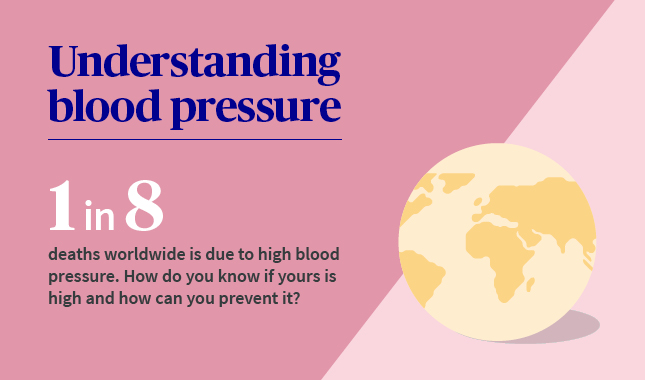 High blood pressure – or hypertension as doctors often refer to it – is a very common medical condition which can often go undiagnosed. Globally, it’s the leading known cause of premature death through stroke, heart disease and chronic kidney disease. We’ve seen the number of people living with high blood pressure worldwide double over the past 40 years to 1.1 billion, yet it is possible that only around 50% of those have it under control.

High blood pressure is a global problem shifting from wealthy western countries to the developing world. In many countries, men are found to have higher blood pressure than women, putting them at greater risk of cardiovascular disease.

Blood pressure around the world

A recent study from Blood Pressure UK showed that the largest rises in high blood pressure from 1975 to 2015 were in South Asia, including in Bangladesh and Nepal, and Sub-Saharan Africa, including in Ethiopia and Malawi.

They also found that the lowest rates of high blood pressure were seen in Canada, the UK, Australia, the USA, Peru, South Korea, and Singapore. High blood pressure remains a serious problem in Central and Eastern Europe, including Slovenia, Lithuania and Croatia. 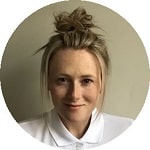 Georgina is a Registered Associate Nutritionist (ANutr) and a qualified fitness instructor.

In most cases, whilst there’s no single identifiable cause for high blood pressure it’s been proven that lifestyle conditions such as being overweight, having an inactive lifestyle, smoking, having a poor diet and drinking too much alcohol can all contribute to a rise.

The good news is that high blood pressure is manageable and can be often controlled efficiently through lifestyle changes and if necessary, medication. You should always check with your doctor before starting any medication. You can also monitor it yourself by having regular blood pressure checks and being aware of your health.

There are of course some cases where it may not be preventable by introducing lifestyle changes, such as those caused by kidney disease, hormone disorders, a narrowing of the aorta or as a side effect of medicines including steroids and the contraceptive pill. High blood pressure may also arise from a condition called pre-eclampsia which can occur in pregnancy, where the placenta doesn’t work as well as it’s supposed to.

What is blood pressure?

When your heart pumps blood around your body, the blood pushes against the sides of the blood vessels it travels through, creating pressure. This is known as blood pressure. If the pressure is too high, it puts your arteries and heart under excess strain.

What should my numbers be?

10 tips to help you reduce your blood pressure: 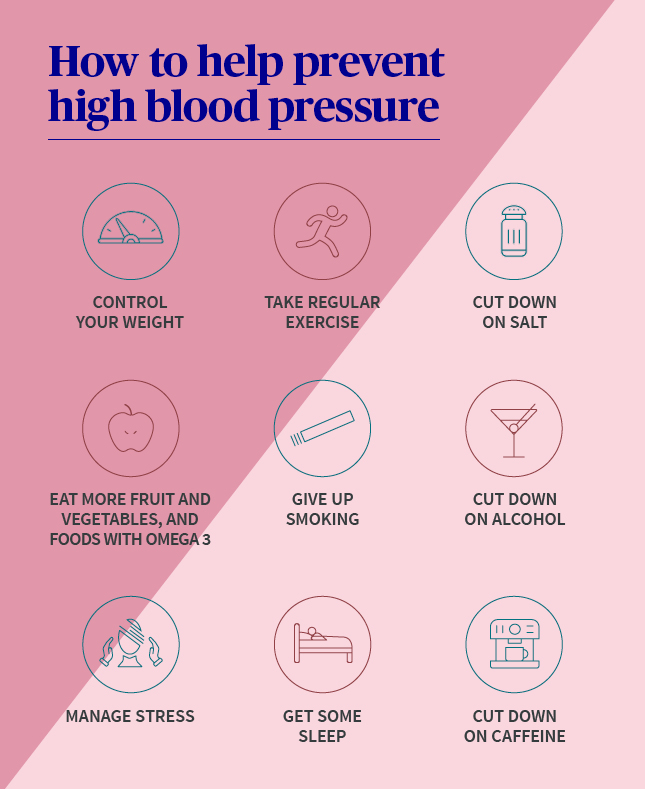 Why regular health checks are so important

Health checks are designed to assess the risk of potential medical conditions that we could develop, and spot any warning signs that we might not have noticed ourselves.

Male mental health: Why we need to look out for the boys

Learn how to support men to better manage their mental health with this handy guide from AXA Global Healthcare.

Top men's health risks & how to address them

Find out the conditions affecting men that can be monitored, managed, treated and even avoided by visiting a doctor and making some lifestyle changes.

Regular health checks with your doctor or healthcare professional will help you to keep happy and healthy. It’s important that we keep on top of how we are; both physically and mentally, so that if there are any problems, they can be looked at sooner rather than later.

An introduction to the Chinese healthcare system

As with all countries, China’s healthcare system has a number of unique quirks, but dive in to our guide below and you’ll soon know everything you need to know.

An introduction to the Italian healthcare system

If you’re soon to be in Italy and want to make sure you get the best out of its healthcare system, read on for our top tips!