The impact of medical technology on healthcare

Over the past decade, technology has completely changed our world – from how we socialise, to how we’re entertained, and even how we look after ourselves. How else has technology changed healthcare, and what’s next?

Ten years ago, smartphones were just emerging and the Android operating system was a new and exciting opportunity for software developers. Tablets soon came along and became mainstream in the following years with the launch of the iPad, which made the internet even more accessible. Wearable tech really took off around this time too, with the launch of Fitbits giving people an easy, engaging way to be more aware of their health.

It was at this time that we saw that healthcare landscape start to change as tech innovation really started to grow.  A new in-ear hearing aid was developed and could be controlled discretely using a magnetic wand held close to the ear – something that sounded impossible only a few years before. Our health really was put into our hands – more and more people had consistent internet access and the ability to search symptoms, causes and remedies was suddenly at our fingertips. This dramatically changed not only how we live our lives, but also how we look after our health and our attitudes towards it. 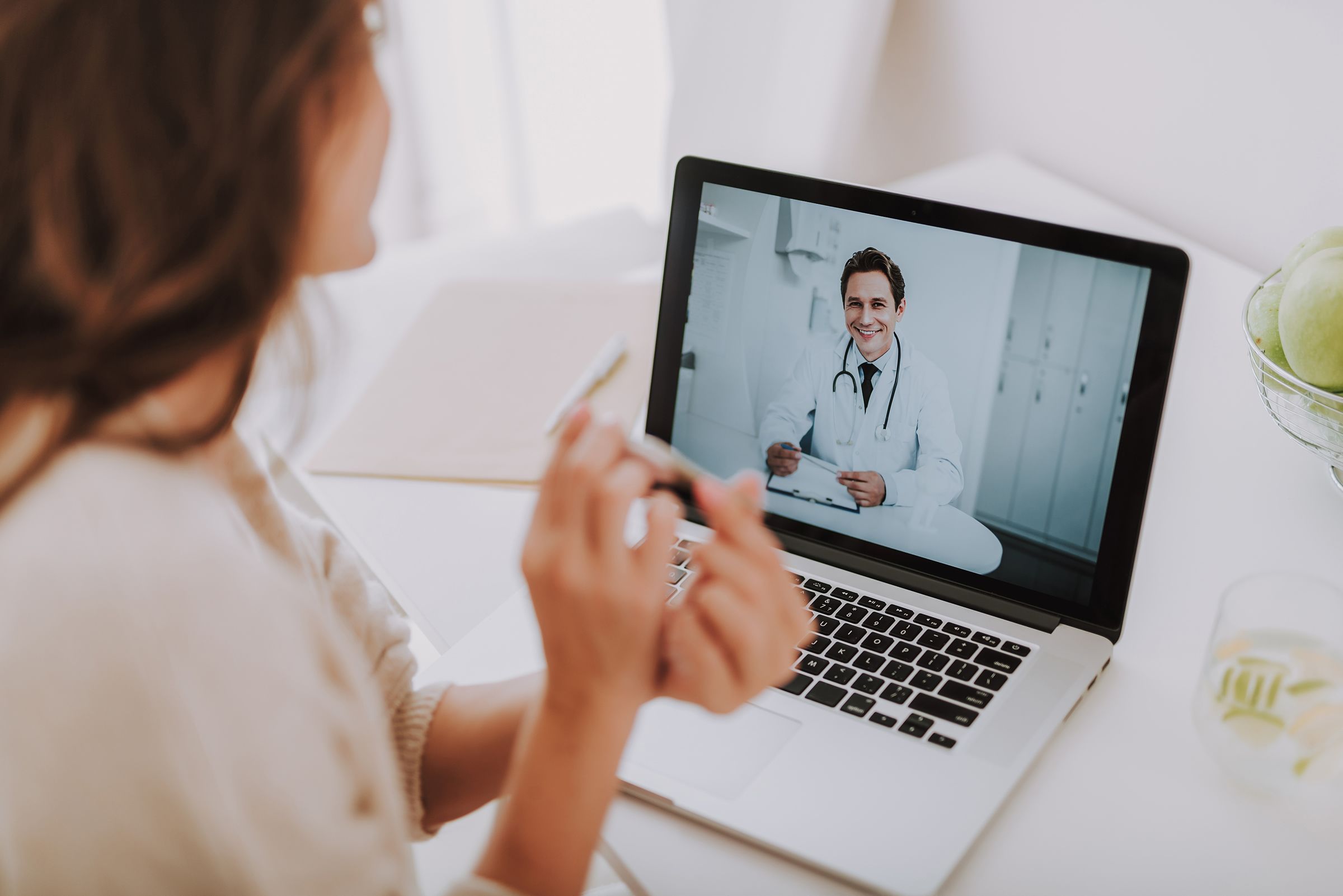 Have you tried Telehealth?

All of our plans with give you access to a virtual doctor over the phone or through a video call. Wherever you are in the world, you can ask to talk to a doctor who speaks your language at a time and in a place that suits you.

Where we’re at now

Now, in 2019, a world without smartphones is almost hard to imagine. Not only are we constantly checking them, but they’re checking us. Our phones measure basic biometrics such as steps, exercise intensity and menstrual cycle; hundreds of thousands of apps have been specifically developed to help us take control of our health and wellbeing including apps to help us meditate, quit smoking, keep track of our nutrition and even form healthier habits and routines. But once our phones are paired with a wearable device, they’re able to gather real-time information about our bodies; tracking our breathing, our sleep cycles, our heartrate and more. Over a third of people think technology will play a significant role in their health, wellbeing and fitness in the next five yearsi .

Our phones can now provide us with personalised health information and this deeper insight means we can take proactive steps to live healthier lives.

Telehealth
Booking an online video or phone consultation with a doctor is something that has gained real traction over the last few years. Most visits to primary healthcare doctors are for relatively minor issues such as infections that need antibiotics, or rashes or pains that need examination. And around the world people have been shoehorning these visits in to their busy schedules. But with the development of telehealth, minor issues can be handled remotely – prescriptions can be issued, or further investigations arranged without having to sit in a waiting room. In fact, 41% of people in AXA’s Health Tech Survey who had visited a general practitioner in the last year said they would be interested in having a virtual appointment in the future insteadii.

Continuous glucose monitoring
Technology is helping diabetes patients monitor their glucose levels easier than ever before. A monitor is worn and connects to a sensor just under the skin, which measures sugar levels without the need for a finger prick test. Many monitors are compatible with smartphones, so patients are able to see their readings in real time.

Augmented reality, VR and 3D printing
In 2016, our phones brought augmented reality to the masses in the form of Pokémon Go.  Unsurprisingly, this technology has had a massive impact within the healthcare industry. It’s currently used to help dementia patients. The Tovertafel  is an interactive light projector that allows patients to play simple games using movement. It helps stimulate various areas of the brain and encourages patients to socialise with each other.

Virtual reality (VR) has given surgeons the ability to prepare for operations more thoroughly, as well as being used to train surgeons around the world and as a pain management tool for patients themselves. Dr Shafi Ahmed, a colorectal surgeon at St Bartholomew’s Hospital in London, uses VR to live-stream operations in over 100 countries – helping to train surgeons in different procedures. VR allows people to be brought into the theatre as computerised avatars – giving them a 360-degree perspectiveiv.

Health and technology are constantly evolving. Two areas of technology that could revolutionise healthcare in the near future are nanobots and gene editing.

When we look back to 10 years ago and the technology we had then – we’ve come mind-blowingly far. How much will technology change in the next ten years?