Third culture kids: how the expat experience endures into adulthood 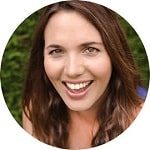 Lucille is a freelance writer, 15 year expat and mother of three children.

In this article, we explore the attributes adult third culture kids bring to the global economy.

As expatriate parents raising our Third Culture Kids (TCKs) in foreign countries, we worry that our choices today may negatively impact our kids in the future. Uprooting our children, moving them far from home to grow up abroad can seem like a bad idea, but research has shown that adults who spent a portion of their childhood outside their home country exhibit qualities that are much sought after by global companies.

In our increasingly globalised world, companies are looking to employ people who are culturally sensitive, who think outside the box, are adaptable and take initiative, all qualities exhibited by many TCKs. In our earlier article ‘Five ways your Third Culture Kid will surprise you’, we highlighted some of the positive aspects of raising your children abroad.

A study of Adult Third Culture Kids (ATCKs) conducted by Dr Ruth Useem (considered to be the founder of TCK research), and Dr Ann Baker Cottrell (Professor Emerita of Sociology at San Diego State University), reveals how growing up abroad can positively impact our kids’ lives as adults. The study gathered information from 700 individuals aged between 25 and 90 who had lived outside of their home country for at least one year. Of the 604 respondents, most had lived abroad for a significant part of their childhood.

We’ll be by your side

With AXA’s global health cover, you’ll know that you and your family’s health is protected, wherever you are, whenever you need us.

Get a quote online Find out more

The first thing that stands out is the higher level of education amongst TCKs. The report states, “44% of adult TCKs earn a bachelors degree, half of this group go on to earn Masters and Doctoral degrees.” This figure is almost double the US average. 71% of TCK respondents said their life abroad impacted what they chose to study. The findings show a third chose majors that were “international in content (e.g., foreign languages, anthropology, international relations).”

For many others the choice of a major was influenced by their overseas experiences. For example, some who chose biology had been captivated by early exposure to African wildlife; historians and artists cited their exposure to European art and historical sites as influences; “pre-med, nursing, and economics majors wanted to help people they had known in less developed nations. Still others sought mainly to ‘get abroad again’ and so majored in teaching, international relations, or international business.”

When it came to occupational success, the study was clear: children who grow up abroad do well in life. “One of the most notable characteristics of ATCKs is their high occupational achievement; this reflects their high educational achievement. The majority -- over 80 percent -- are professionals, executives, or managers. Their occupational choices reflect a continued love of learning, interest in helping, and desire for independence and flexibility. The most common occupational field reported by these ATCKs is education -- many are teachers, professors, or administrators -- followed by those working in professional settings such as medical or legal fields and those who are self-employed; many of the latter are presidents of their own companies.”

Peter Helgar* was born in the US but grew up in Saudi Arabia and Qatar as his father was employed in the oil and gas industry. He attended international schools before returning to the US for his tertiary education. He identifies with much of the Useem-Cottrell TCK study. “Growing up abroad had made me a stronger person” he says, “I don't shy away from big moves which throw me into the unknown. This is a valuable mindset when selecting a university or establishing a career. My comfort with moving has allowed me to take jobs I want without the fear of being away from ‘home’.”

Having grown up in a truly multicultural environment, Peter, who is currently on expatriation in Germany, feels comfortable relating to different cultures. “Even if I don’t have direct experience dealing with a specific culture, my general cultural sensitivity means that I automatically look for the common ground and not the differences. This makes me particularly valuable to my company.” Peter says, “I think my life as a TCK has conditioned me to be more comfortable as an expat than as a ‘local.’ As adults we have the power to choose our own futures, and growing up as a TCK has allowed me to have greater flexibility in determining my life as an adult. TCKs are able to unlock a feeling of freedom to find the place that suits us best as opposed to simply resigning ourselves to the cards we've been dealt.”

The study creates a portrait of ATCKs which includes the following:

So, how do these attributes translate from theory into practice? Do the unique skills of adult third culture kids have a place in our world?

The answer is a resounding yes. Angel Cabrera, President of George Mason University wrote an article for the Harvard Business Review in which he states, “Today’s greatest business opportunities, and also the greatest challenges we face, are global in nature and therefore demand leaders who are also global. But what does ‘global’ really mean? The old mantra ‘think global, act local’ is woefully inadequate to describe the complex realities global leaders face. Truly global leaders act as bridge builders, connectors of resources and talent across cultural and political boundaries — relentlessly dedicated to finding new ways of creating value. They don’t just think and act global, they are global.”

He goes on to identify three critical skill sets that are essential for effective global leadership: global mindset, global entrepreneurship, and global citizenship. “Leaders who possess a global mindset are able to interpret and decode situations from multiple, even competing, points of view. They have an insatiable interest to learn about other cultures. They care to understand other people’s perspectives and suspend their judgment to do so. They are knowledgeable about economic and political issues around the world and can grasp the inherent complexity of international affairs from multiple national perspectives.”

“Finally, they nurture relationships with associates and friends around the world and have a unique ability to transcend cultural barriers and cultivate trust. Global leaders utilize their understanding of cultural and institutional nuances and their global connections to create new forms of value by bridging people and resources across boundaries in novel ways, whether to create a better or cheaper product, improve the efficiency of a key process, access a new pool of resources, or serve a new market.”

Studies have shown that children who grow up abroad exhibit a unique understanding of the world, have a strong social conscience to bring positive change, are well educated and can navigate the cultural nuances of our globalised economy. Business insiders acknowledge that tomorrow’s leaders need to possess a global mindset, but beyond that leaders need to not just think global but actually be global.

*Name has been changed

We explore what to expect if you decide to repatriate and provide some advice for a successful return home.

Top tips for keeping in touch with family you leave behind

We explore how to keep in touch with family and loved ones you leave behind.

How your child could benefit from life abroad

We explore five ways in which your child will surprise you and exceed your expectations as they embrace life abroad.

Signs that your child is having difficulty adjusting to life abroad

We discuss some of the common signs that could indicate your child is having difficulty adjusting to their life abroad. We also provide some expert tips to help your child cope.

What can companies do to make life easier for expat families?

We look at what companies do well to help expat employees and their family, and where they can do better to ensure that the overseas assignment is a success.

Moving abroad with kids - how to get them excited

In this article, we examine the challenge of preparing children for their first big move.

How to manage your personal finances while living abroad

Whether you’re planning to stay away for good or just escaping the British winter, getting your finances in order is key to a successful start in a new country.